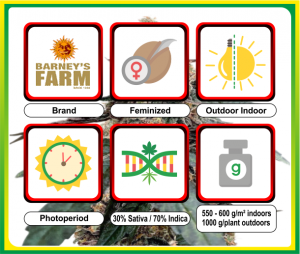 Runtz Muffin is the latest, highly potent, and tasty marijuana strain from Barney’s Farm. Firstly, Zkittlez was crossed with Gelato #33, after that the resulting plants were further crossed with Orange Punch. The latter the percentage of Indica was enhanced to 70% while also having a positive effect on yields. It is a fantastic quality strain that is best suitable for novice growers along with connoisseurs.

When these plants are grown indoors, these are basically medium-sized and generally reach a height of 110-120cm, after their period of vegetative growth. After a period of 8-9 weeks of flowering yields of 550-600, gr/m2 will serve the growers with dense, resin-covered buds which display the dark green and purple colors. Outdoor plants used to grow to a height of 150-200cm and get ready for harvesting in the first two weeks of October in the northern hemisphere.

Each of these plants can do the production of as much as 1000gr. This fact in turn makes this strain much more suitable for cultivating outdoors in warmer climates where the weather conditions might be guaranteed until at least then. The level of terpenes and heavy resin production makes this strain great for extract makers.

When you firstly break down or crack a nugget it comes with a nice fruity smell. When you will smoke this it will serve you with a fruity aroma but it is followed by a sweet gasoline lime exhale or smell. It is also found with an extremely sweet fruity taste that is followed by a citrus skunky exhale with a huge amount of resin production on the joint.

Runtz Muffins is widely known for serving you with a blast of energy that is followed by you eating everything in your kitchen. After that, you will end up on the couch in a food coma that is locked onto the couch. After a long day of work it serves you with a great night cap. This strain is also great for a relaxing weekend when you are desired of just melting onto the couch and of eating junk food and watch some of your favortite movies.

Besides the sky-high THC levels of 29% of Runtz Muffins, which not many strains of marijuana can boast of, this cultivar is also widely known as a champion among high-yielding varieties of cannabis weeds. The minimum recommended length of vegetation of this strain is 4 weeks that is followed by 8-9 weeks of flowering.

Runtz Muffins are able in doing the production of purple hues in their buds. During the final week of flowering, lowering the temperatures slightly will assist in enhancing the color range and in improving the bag appeal.

There are no reviews yet. 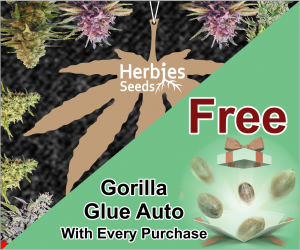 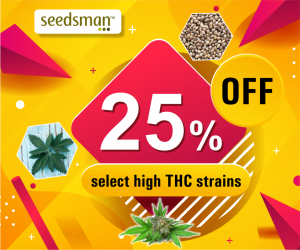 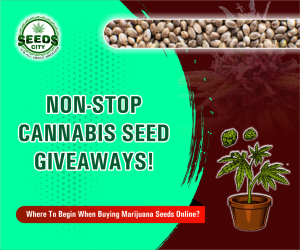